What You Can Learn from Abraham Lincoln's Bankruptcy 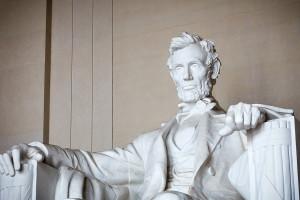 Did you know that Abraham Lincoln filed bankruptcy? He was only 24 years old and not yet famous. He and a business partner bought a General Store in New Salem, Illinois, and filled it with merchandise that they bought from other stores on credit. The General Store didn’t do well, and Lincoln sold his half of the business. Then his business partner died and left Lincoln on the hook for the other half as well.

So, the future President filed bankruptcy. The court took Lincoln’s remaining assets—a horse and some surveying equipment. Then, it patiently waited for Lincoln to pay back his creditors (no longer required today). It took him more than a decade, but he paid them back. He went on to earn his face a spot on every penny.

What You Can Learn from Lincoln's Story

Abraham Lincoln filed for bankruptcy almost 200 years ago, but the concept remains the same: be honest with your creditors and the court will respect you.

The credit card company can sue you in bankruptcy court and demand that you pay the recent charges. The law supports this. Charges totaling $600 or more for luxury goods and services that are made within 90 days of filing for bankruptcy are not discharged.

Don’t make high cash advances either. If you use your credit card to withdraw $875 or more within 70 days of filing for bankruptcy, you will probably have to pay it back.

What if your charges are just under these amounts or outside of these time periods? Still not a good idea. The judge ultimately decides what charges you made that you never intended to pay back. The dollar amounts and time periods are just guidelines. It’s not worth the stress, time, and extra money it will cost to defend yourself from a creditor’s accusations.

Be like Honest Abe, or at least like he would have been if he had a credit card in 1833. Tear it up.