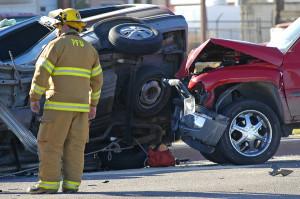 A wrongful death claim can be made whenever the death of a person is:

Who Brings This Type of Claim?

The personal representative of the decedent’s estate is the only one authorized by law to make this claim and/or file a lawsuit to recover compensation.

What Compensation Is Available?

Briefly stated, the monetary value of financial support, services, comfort and companionship that the decedent would have contributed to their spouse and/or next of kin, had they lived.

This type of claim is only made for recovery of damages suffered by the decedent’s close family or next of kin. Damages to the decedent are not included. However, these may be joined with a separate action, on behalf of the decedent’s estate, in which the decedent’s damages (pain and suffering, last medical expenses, and funeral expenses) may be claimed.

Who Can Claim a Monetary Loss?

The monetary loss referred to in a wrongful death claim may be inferred when the decedent owed a legal duty to support the claimant (a child or children). But, others may claim this monetary loss if there is evidence that the decedent was providing them with some financial support at the time of death.

All claims for wrongful death must be reduced to a monetary value—even claims for loss of comfort and companionship. While not always easy to assess, the closer the relationship, the greater the monetary loss.

What Is Meant By the Term Next of Kin?

How Are Lost Contributions of Financial Support Calculated?

Are Grief or Mental Suffering Compensable for a Claimant?

No, neither grief nor mental suffering by a claimant is compensable. Whether the claimant is deeply saddened by the decedent’s death or not much at all, is irrelevant.

Similarly, it matters not whether a surviving spouse has, or has not, remarried.

Does an Inheritance Affect the Compensation in a Wrongful Death Claim?

No, the fact that a spouse, or next of kin, may receive an inheritance from the decedent’s estate is not to be considered. Nor is it relevant whether or not the claimant(s) may have received insurance or workers’ compensation benefits as a result of the decedent’s death.

What Is the Time Limit for Bringing a Wrongful Death Claim in Nebraska?

A wrongful death claim must be commenced, or settled within two years after the decedent’s death.