Receiving Compensation for Your Injuries without Filing a Lawsuit 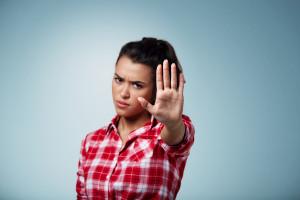 I realize that nearly all of our clients want to avoid a lawsuit. Most detest the idea of filing suit for the sake of money. It sounds greedy and offensive. Not the kind of activity that we “Nebraska nice” Midwesterners are known for. I get that.

I grew up in a small town. My wife and I chose a small Nebraska town to start our family and raise our children. In Nebraska, most of us treat others the way we’d like to be treated. A lot of big-city people don’t follow that rule. I guess they figure they’re anonymous. They don’t know you and you don’t know them. So, where’s the harm in honking, yelling, or suing you?

So, yes, I understand your natural objection to bringing a lawsuit.

You’re probably thinking, “I don’t want to sue anyone, I just want to be treated fairly for my injuries.” Well, I have good news and bad news.

Why You Need a Lawyer's Help

You pose absolutely no threat to the insurance company you’re trying to negotiate with. When the insurance adjuster tells you that’s all the company will pay, it’s game over. Without a lawyer who could do something about the low-ball offer, you’re done.

You see, the ability to sue the insurance company is the one important tool that you don’t possess. So, you’re prevented from negotiating with your adversary on a level playing field. You will always be at a huge disadvantage and never receive the full and fair compensation you deserve.

If you don’t want to file a lawsuit, good for you. But, do yourself and your family a favor and review your claim with an attorney who has the knowledge and experience to negotiate the full value of your case. Someone who has the common sense to understand that a lawsuit is seldom required. A lawyer who will be your strong advocate without behaving like a bull in a china shop. Someone who will listen carefully to you and follow your instructions. After all, you were the person injured.

Sometimes, “nice” people need help speaking up for themselves.